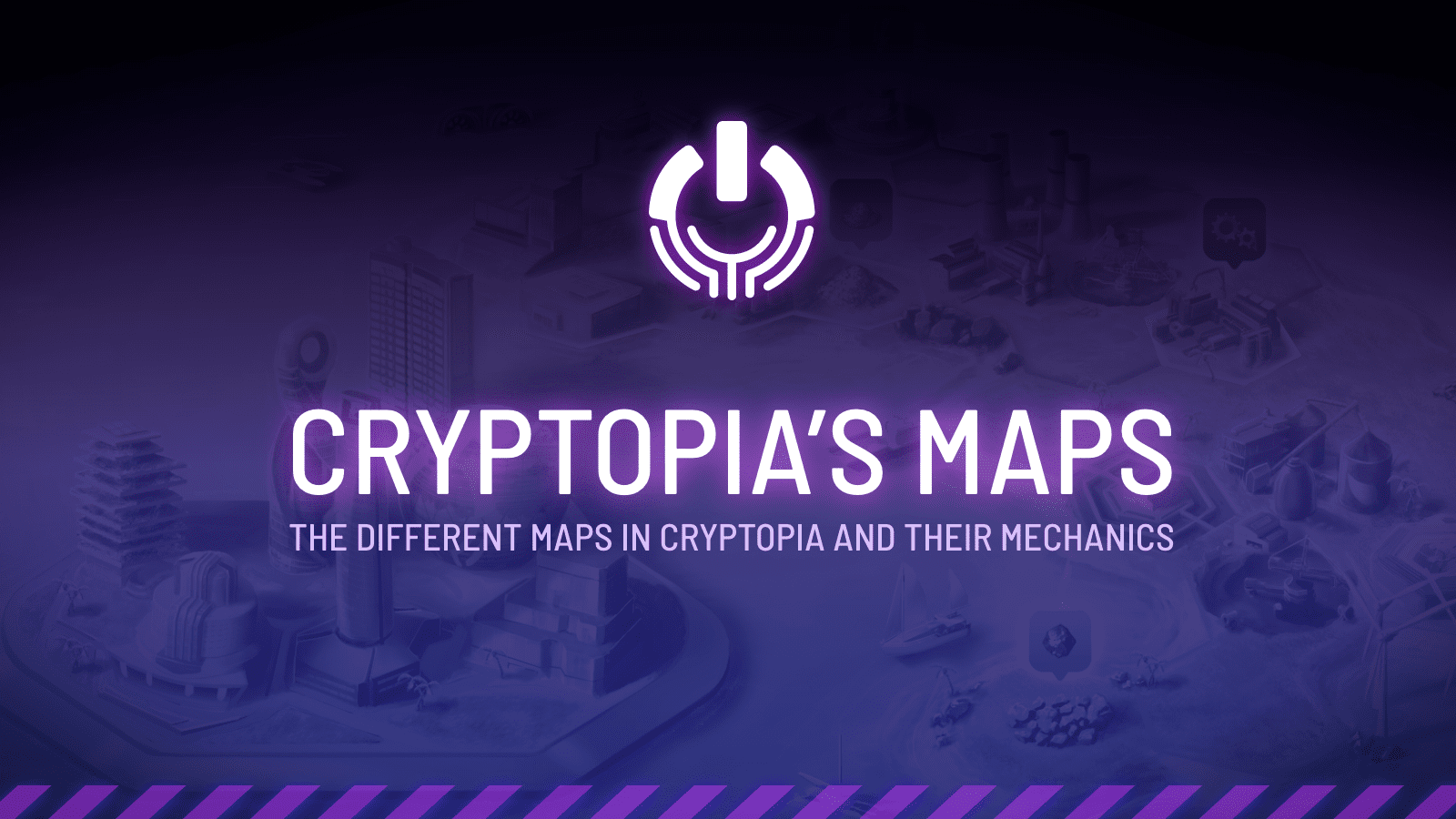 The majority of the gameplay takes place in Cryptopia World, and you’ll find most of the resources available in the tiles here. As a starting point for a new player, you will be given a quest that will guide you into Cryptopia City (new map). This will give you a feel for what pursuing the Adventure strategy is like. However, you have the option to skip the quest and strategically begin as a Tycoon right away. Since an ample number of resources are available in the Genesis map, this is where extraction facilities are built on tiles, and resources are extracted and shipped out on your ship. Activities such as sabotaging buildings and piracy will also take place in this map.

As previously mentioned, you’ll be guided to the Cryptopia City Map upon completing the introductory quest. The City map is every player’s safe zone where Cryptopians may coexist; there will be no possibility for faction members to obstruct/sabotage one another on this map. There will be no resources available in the City map, and only a limited number of buildings will be allowed to be constructed here. If a prohibited structure is built in the city, a penalty will be imposed on the owner. Think of the City map as a real world city, without factories and mines, but rather condominiums, offices, financial facilities, parks, etc. Cryptopia City is your safe space. An Earth’s Disciple (member of Eco Faction) and an Inheritor (member of Industrial Faction) can each build a DeFi center on tiles beside each other and it would be completely fine; they can exist side-by-side without affecting each other

Treasure Island will have a different map, and you’ll even find tiles with resources (treasures) here which the Pirates will not have access to; only faction players will have the ability to avail these resources. Treasure Island is the Pirate’s Den, so this means that they’re the strongest within this area and have all the rights to loot you. When the pirates travel away from their area closer to Cryptopia City, they’ll be more vulnerable and have a higher chance of losing their loot to the Bounty Hunters.